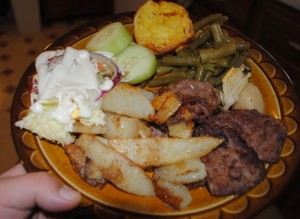 So  WV Ramps are good many different ways.. but for me I like them in fried potatoes.

First get your fresh ramps… 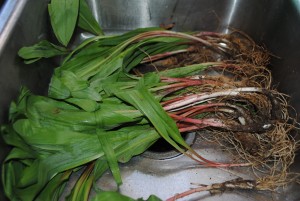 Clean them by popping off the tips of the roots, and rinsing in water till all trace of dirt is gone.. take off slimy layer if there is one. 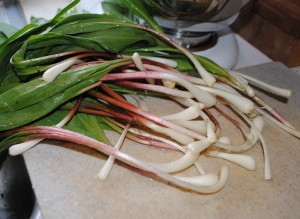 And cut off stems 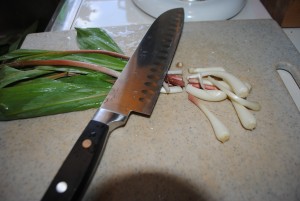 You can now dice them as thick or thin as you like.. I minced mine so my boys would eat them and so the would cook up more like a sauce on the fried potatoes.. 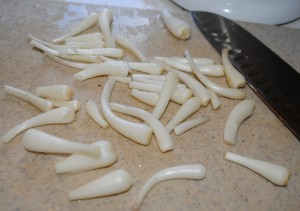 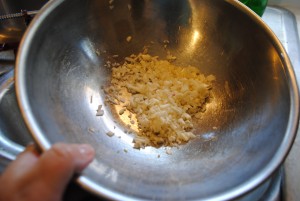 Now  take your taters and peel them then cut lengthwise.,. try to keep around the same thickness so they will cook through evenly. 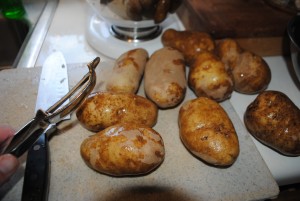 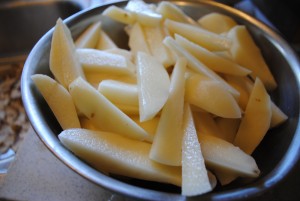 get skillet good and hot with some veg oil 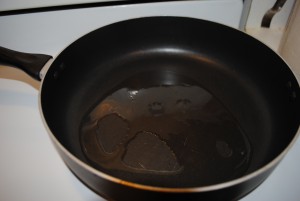 put your minced Ramps in first 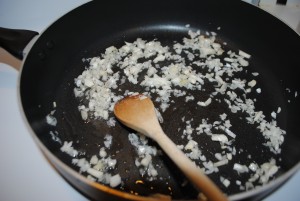 cook them about a minute or so then add in your taters Salt and Pepper heavily.. remember Taters absorb salt so you can salt them more than you would other dishes… 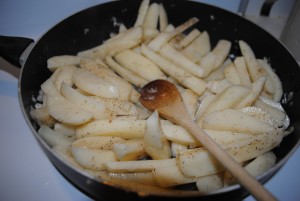 How I fry up my taters is hard to tell others.. cause I am never on a “constant” heat setting.. I am up and then down.. then back up at the end.. Higher heat at first to get the taters browned somewhat.. adding a tiny bit of oil if skillet gets TOO hot.. will save them from burning..  then down to simmer with lid on for a while to make them good and TENDER.. nothing worse than a fried potato with hard insides.. unless it is a nasty mushy potato.. so I don’t want them too mushy either I want them crispy on the outside but mushy on inside so you turn them back up and get some of that crispness back before taking them out do drain on a slotted pan before serving with ketchup 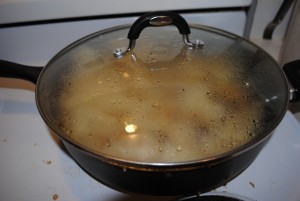 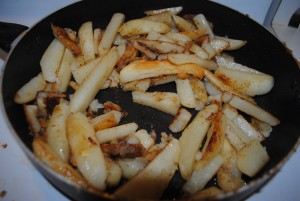 SAVE your oil you from your ramps and taters and go right into frying your venison.. you should have already had the venison tenderized and setting in a bowl ready to dredge in flour before you even started your potatoes so you can go right into this … 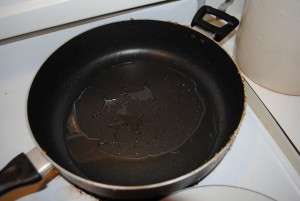 Dredge in self rising flour and fry up the venison steak, remember venison will fry up faster than beef and you SHOULD have red inside venison when you take it off pan or else you have over cooked it and it will be tough as horse hide. Venison is NOT beef!!!! 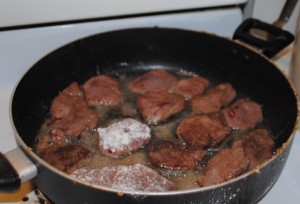 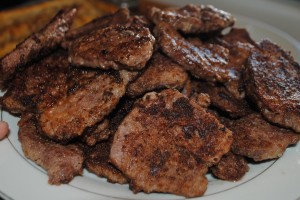 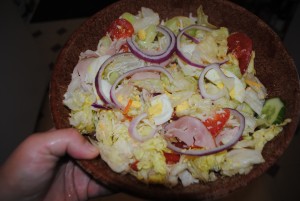 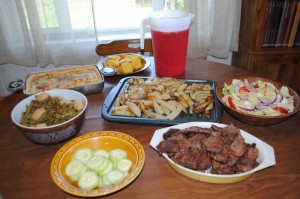 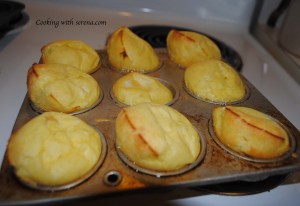 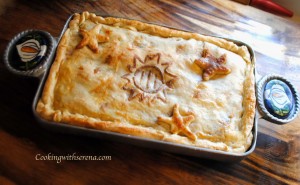