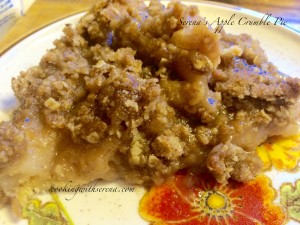 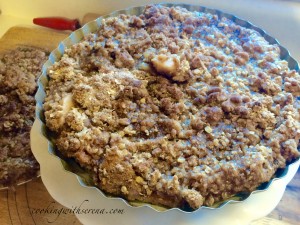 I used two pre made frozen pie shells that I put into the oven and pre baked half way.. just so they wouldn’t be soggy on the bottom as this is a very moist recipe 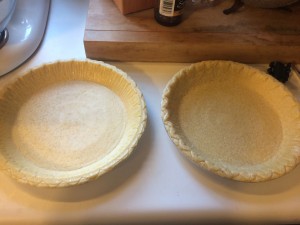 and I made my own pie filling using a quart of my Cinnamon Apple Chunk Apple Sauce and 2 cups of my frozen apple pie filling, put into a sauce pan on stove and added some fresh sliced apple chunks, a little cinnamon, sugar, brown sugar, tsp of allspice tab of butter a Tbsp of flour and I mixed a little cornstarch in a cup with some water and poured that into the apple mixture … 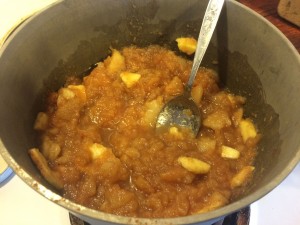 taste and when satisfied with taste and thickness your ready to fill into two half baked pie shells.. 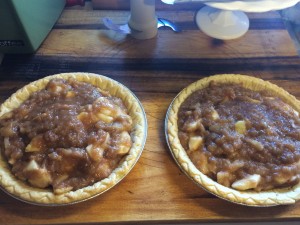 Mix up your crumb topping

Crumb Topping for one pie 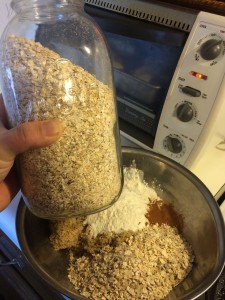 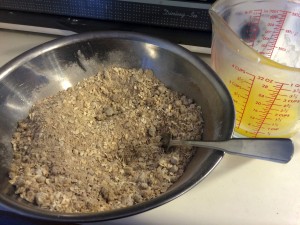 Now add in butter and use fork to mix until crumbly 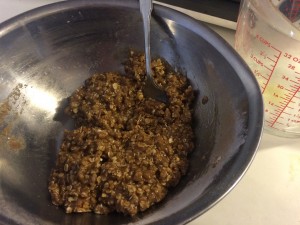 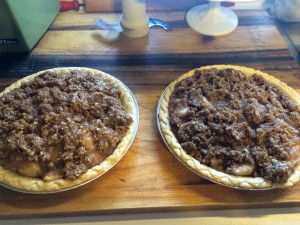 Make another batch of the crumb topping after reading directions below –

NOTE you will make a second batch of the above crumb topping recipe exactly as before except only 1/2 stick melted butter this time.. reason being will be a lot dryer in next batch, mix evenly over  top of both pies..

Sprinkle second batch evenly over both pies, sprinkle a little cinnamon sugar mix to the top, and finish by topping with tabs of butter around center 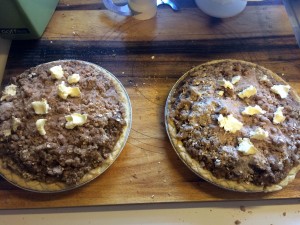 Note:  can overflow  have some aluminum foil in bottom of oven to line in case of overflow… or even put on cookie sheet.. 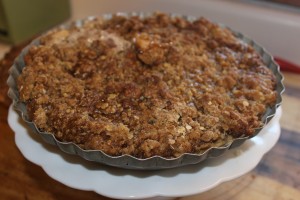 NOTE you must let it set up a little if you want it to cut nice.. but most people DON’T CARE what it looks like.. just throw a spoon at em 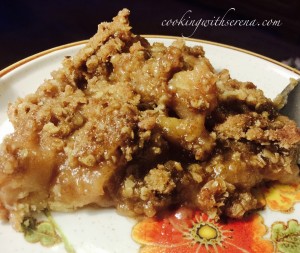