FRIED BANANAS – Known as PISANG GORNG, these delicious deep fried bananas should be cooked the last minute, so the outer crust of the batter is crisp in texture and the banana is soft and warm inside. This is an Indonesian dish.. adapted in the US to many other versions.. one most famously called banana foster.. I have stayed with the original recipe only straying a little to make it to my liking.. one thing I did extra was instead of rice flour mixed in with the self rising flour,  I used cornstarch mixed in with it instead. Also I rolled mine in a mixture of brown and white sugar with a shake of cinnamon and powdered sugar instead of only white sugar like the recipe called for. I served mine with Butter Pecan Ice Cream  a drizzle of maple syrup and some Hershey’s Syrup. TO DIE FOR!!!!!! 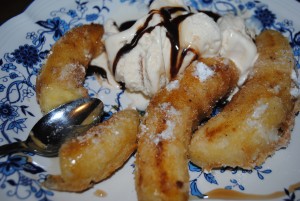 get you a bunch of the small bananas.. they work best. 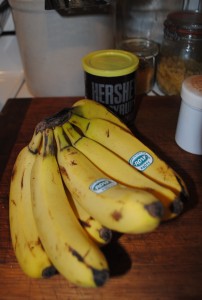 have everything ready this recipe goes FAST.. you have to eat it right away as well,.

clean oil for deep frying.. I use a heavy bottomed old pressure cooker bottom for my deep frying. 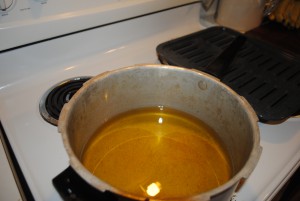 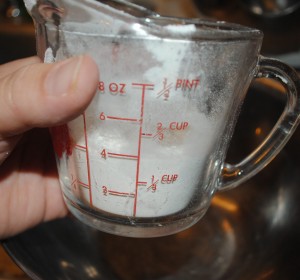 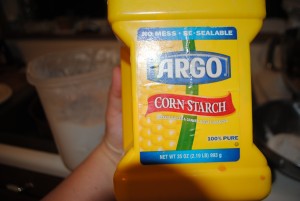 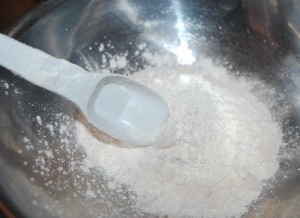 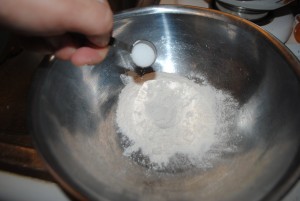 add lime juice or lemon juice to the water Tbsp 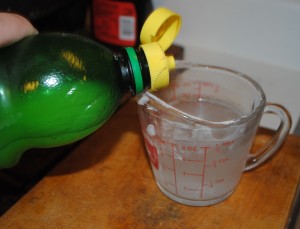 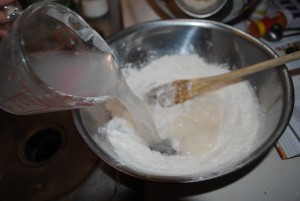 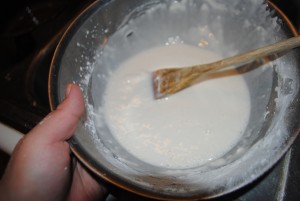 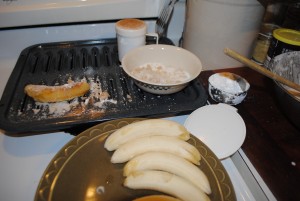 dip them in the batter two or three times then into the hot oil.. 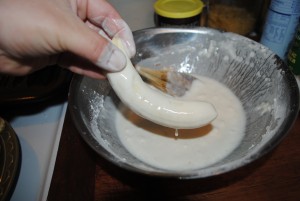 oil should be at lest 190 degrees.. deep fry and carefully turn I had to use a slotted spoon and a case knife to flip mine over. 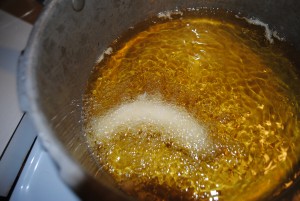 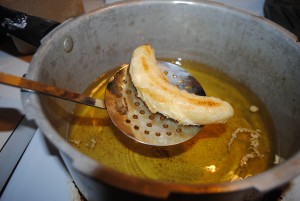 .when crisp and golden take out and dress in the sugars.. 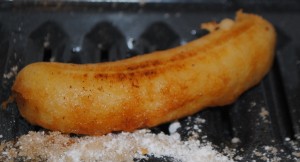 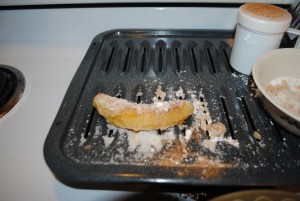 (original recipe said to use limes to squeeze over bananas after fried and granulated sugar for dusting but I chose to make mine much richer with brown sugar and white sugar mixture, a shake of cinnamon, and powdered sugar then I served with Butter Pecan Ice Cream drizzled with maple syrup and Hershey’s Syrup) 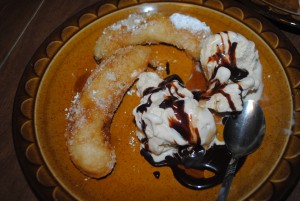 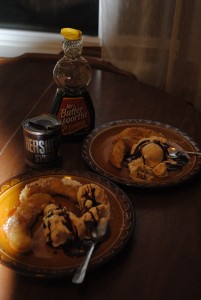 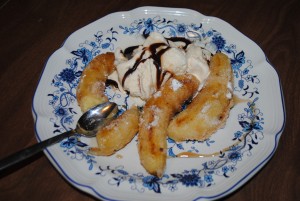 COMMENTS FROM TRIED AND TRUE RECIPES ON FACEBOOK GROUP PAGE